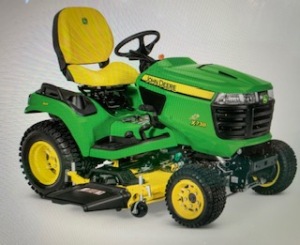 Roger J. Richard, 78, of Danvers MA, surrounded by his loving family, passed away on Wednesday, November 17, 2021 after a brief illness.

Born on May 11, 1943, in Salem, MA, to Olivier and Yvonne (Lamontagne) Richard.  He attended Saint Joseph’s Schools in Salem.

Roger was a Master Steamfitter and worked most of his career at the General Electric Plant in Lynn.

In 1963, Roger married the love of his life and soulmate Dorothy (Williams) Richard, and together they had three wonderful children: Brian, Steven, and Denise.

Roger was a man of few words, but when he spoke, it was profound and from his heart.  He was known for his big hugs which left the recipient feeling special and loved.  He was a passionate New England Patriots fan and enjoyed watching the games with family and friends.  Roger is also known for his famous popcorn which he lovingly made for family, friends, and Town of North Andover employees.  An avid NHRA drag racing fan, he loved his annual weekend trip to the track with his sons and grandson.

Roger also enjoyed traveling on cruise ships, twice to Italy and especially Florida where he spent the last few years as a “snow bird.”

Roger served as an usher at St. Richard’s Parish in Danvers.  For many years, he also volunteered at St. James Parish bingo in Salem. He enjoyed being the caller for bingo and devoting time to both churches.  He carried on his French-Canadian heritage at holiday time and for the Christmas Bazaar by making pork pies and creton for family and friends to enjoy.

Roger was predeceased by his brothers George and his wife Eleanor, Paul and his wife Elizabeth, Raymond, Jean, and Roland; and his sisters Theresa and Jeanette Beaupre and her husband Robert.

The family would like to thank the staff at Beverly Hospital for the excellent care Roger received during his brief stay.

In lieu of flowers, please send donations in Roger’s memory to Shriners Children’s Hospital in Boston or to a charity of your choice.

Your browser does not support this video format. You should be able to view it in Chrome, Safari or Internet Explorer.
SHARE OBITUARY