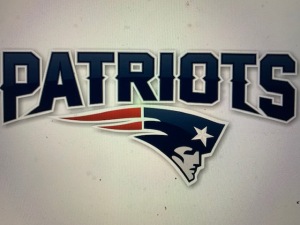 Joseph Patrick Millea, 56, of Middleton, Massachusetts, passed away in the home he had so lovingly created for his family on Saturday, October 16, 2021.

Born on March 9, 1965 in Salem, Massachusetts, to William and Linda Millea. He graduated from Peabody Vocational High School in 1984. While attending school, Joe had a job at Augustine’s Restaurant in Saugus, MA, where he met his soulmate, Vicki Valeriani, of Middleton, MA. The two married on June 26th, 1988, and had four beautiful children, Kerri, Joey, Shawn, and Timmy, which they raised in Middleton, MA. Joe and Vicki made an effortless force that allowed their family to laugh together, grieve together, grow together, and survive together.

Joe began working as a plumber after graduating high school. In the early 2000s he joined Plumbers and Gasfitters UA Local 12. He was an extremely dedicated and determined worker who rarely used sick days. Joe took great pride in his work and was willing to spend extra time ensuring that projects were completed to perfection. His incredible work ethic proved to be an inspiration to his four children.

He was a loving husband, father, grandfather, and friend. No matter what time of day it was, or regardless of what else was going on in his life, Joe was willing to drop everything whenever anyone needed a favor. His willingness to help people was shown to loved ones, as well as acquaintances.  His devotion to his family and friends will never be forgotten.

Joe was a passionate New England Patriots fan, just like his father and grandfather. Nothing brought him more joy than watching the games with his three sons whenever possible. Additionally, Joe loved fishing, lifting weights, long walks with his dogs (Molly and Lilly), going out to eat, watching baseball, riding his bike, and Jiujitsu. In his youth, joe earned two black belts, and continued training into his 50s.

On 7/17/2015, Joe’s grandson Jason passed away due to SIDS. In lieu of flowers, the family prefers donations to be made to the American SIDS Institute, a non-profit organization dedicated to the prevention of Sudden Infant Death Syndrome (SIDS) and the promotion of infant health through research, education, and family support. Web: http://www.sids.org/.