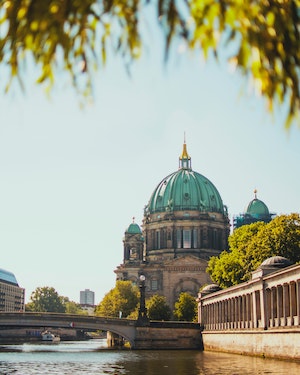 Jennie Avila DiFillippo was born on March 10,1928 in Providence, RI during a fierce winter storm. Her father shoveled all day trying to keep the walkways clear so the doctor could make it safely into the house, which is where she was born.  Her parents named her Eugenia but in all her 93 years, not one person ever called her that. She was the baby of the family and spoiled by her father. Frank died suddenly in 1955 when Jennie was pregnant with her first child, and she never really got over his loss. She shared stories and anecdotes about him throughout her life, and the memory of her father and his unconditional love was one of her last.

Jennie attended Providence public schools and although a good student, never attended college. She had a remarkable kindergarten teacher, Ms. Davis, who took an interest in her early on and remained close for the next 12 years. Before her graduation, Ms. Davis came to Jennie’s home to meet with her parents. She pleaded with them to allow Jennie to continue her education, assuring them she could find scholarship dollars. Her parents readily agreed and were more than willing to make the financial sacrifice. But Jennie declined their offers…she didn’t want to be a burden. All through her life Jennie would do anything for anybody but she would never ask for help, not wanting to be a burden. There are many stories of her acts of kindness towards her family, her friends, and her greater community but not one comes to mind of her reaching out to anyone, asking for help.

She met her husband Anthony at a dance in Providence where, in full Coast Guard dress, he asked her to dance and swept her off her feet. They married in 1953 and for 65 years until his death, Tony was the love of her life. Together they raised three children and traveled the world, all the while dancing to their beloved jazz, the early Beatles, and most of all Frank. The most remarkable thing about their long marriage is how he continued to make her laugh. It was her delight at the telling and retelling of his familiar jokes that made other people laugh. Jennie’s laugh was contagious…she rarely laughed alone. Her greatest disappointment in their decades long marriage was that despite years and years of her reminding him to put a plate under his sandwich, he never did. Not even once.

After they got married Jennie and Tony moved to Springfield, MA where she worked at Blue Cross Blue Shield until their first child was born. It was the only paying job she ever had but more importantly, it brought Edith and John Hodgins into her life and the life of her family. Edith started as her supervisor at BCBS and grew to become a surrogate sister to Jennie and aunt to her children. Jennie and Tony built their family home next door to Edith and John’s, and these unlikely friends remained close for 40 years. Edith was a Boston Brahmin and Radcliffe graduate…a professional working woman with no children of her own. Jennie, a girl from East Providence with no higher education experience of her own, could never understand why Edith wanted to be her friend. She felt inferior to Edith because she was under the impression that social class and ‘book smarts’ trumped innate wisdom, kindness, and acts of generosity, which was where she shined.  She was wrong.

Jennie and Tony moved to Lynnfield in 1967 where they raised their three children and made life long friends. It didn’t take long for Jennie to find a wonderful group of women and together they raised money for the Home for Little Wanderers, celebrated each other’s birthdays, and started a Saturday morning breakfast club that Jennie never missed. Jennie’s friends brought her such joy and at the end of her life they were there by her side. The family is grateful to these kind and generous women who showed Jennie so much love.

Jennie’s greatest passion outside of her family was cooking.  She took classes from Roberta Dowling of the Cambridge School of Culinary Arts for years, and together they studied French cooking at Julia Child’s house in the south of France and farm-to-table Italian cooking in Florence, Italy. On Thanksgiving she’d been known to make a full Italian meal of home made ravioli and meatballs, clean it up, and then serve turkey, stuffing, and all the sides. In one day! She was a collector of cook books and cooking magazines, and was particularly fussy about the quality of the food she ate which sometimes made eating out in restaurants with her a bit challenging. But she loved going out to Davio’s in Lynnfield where she was known by everyone and treated like a queen. She inspired a family of cooks and snobby eaters, and was renowned for her meatballs, chicken cutlets, and pesto. Ask anyone who knew her.

Jennie and Tony shared a passion for travel which took them all over the world…. literally. To her own astonishment, Jennie visited Pompeii in Italy and the Taj Mahal in India; she walked on the Great Wall of China and stood on a glacier in Alaska; she prayed at the site of Christ the Redeemer in Brazil and in the Garden of Gethsemane in Israel. At the end of the day, her favorite place was Positano, Italy. To celebrate their 50th wedding anniversary Jennie and Tony brought their entire family to Verona, Italy, a group of 18 ranging in age from 4 - 74. This was their shared dream and they planned it for years. Three van loads of DiFillippo’s traveling the Italian countryside, taking over restaurants wherever they went. Jennie and Tony loved Italy and they wanted to share it…Portofino and Venice, vineyards and wine tasting, Romeo, and Juliet. As much as the family enjoyed the trip, Jennie and Tony enjoyed it even more. Tony because he was happy to have been able to provide it for his family; Jennie because it made Tony so happy. Tony’s happiness was always Jennie’s priority… her prime motivator during the 65 years of their marriage. It never wavered.

Like her husband before her, Jennie died peacefully at home which was her wish. She would not have had that opportunity were it not for the remarkable care she received from her home caregivers and the staff at Care Dimensions. Her family is so very grateful to each one of these dedicated caregivers, especially Sarah Ntulume and Donna (Dee Dee) Dolliver. It takes a village to raise a child and also to care for that child at the end of her life.

The family will celebrate her life at a private service on October 2nd. In lieu of flowers, donations may be made to the Home for Little Wanderers.