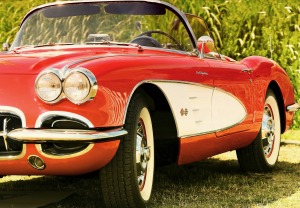 Gary David DiScipio, our beloved Dad, Grampy and Ride or Die, passed away early Sunday, June 12, 2022, after a brief illness, surrounded by his family. He was born on July 25, 1939, in Lynn MA. An only child born to Helen (Moses) and Jerry DiScipio of Lynn where he grew up on Mudge Street.

In his childhood, he spent many afternoons at his family’s market, DiScipio’s Market on Sagamore Street in Lynn.  His summers were spent at Fishermans Beach in Swampscott with his mother. He attended Lynn English High School, class of ‘57. In his youth and young adulthood, he managed to get into an exorbitant amount of shenanigans with his Lynn friends. He enjoyed making the rounds to the various local drag & car races, including a trip to the infamous 1964 Indy 500 where he was in the pits and could tell you some crazy stories..  He was a jokester through and through and would do whatever he could to get a laugh or play a trick, this continued right up until his last moments.

After a short stint at GE, and a year in the Naval Reserves,  he opened his first car lot on the Lynnway- Lynnway Auto Exchange. He went on to own and operate other used car lots on the Northshore, including Country Club Motors in Peabody and the Auto Spot in Amesbury, and worked alongside Allen at Kagan’s Auto Clinic in Revere, up until his retirement. He had a magical way of knowing what every car was, from year to make and model. He could tell you what year any auto was made and any detail you did not want to know about it. He loved all things automotive and his passion led him to a successful career.

In 1979 he moved from Swampscott to Topsfield to raise his family.  He resided there for 43 years, where he eventually affectionately became known as “The Walker” around town.  He took great pride in raising his three children in Topsfield, and eventually had an active role in the raising of his Grandchildren there as well. He loved nothing more than his family and made no secret of telling them.

He would be severely annoyed with us that we were not able to donate his body to be a crash test dummy- his real end-of-life dream. He would also probably be bothered by the fact we spent any money to fulfill his final wishes.  However, we know in the end he would be happy to know that his children came together to spend time and reminisce about the amazing Dad and Grandfather that he was.  He would not want anyone to stand around and cry over him, so instead, we celebrate him and the amazing love and kindness he showed all of us.  We will have a Celebration of Life on July 25th, fittingly on what would have been his 83rd birthday, location to be determined at a later date.   There will be chocolate cake and lots of stories about his amazing life.