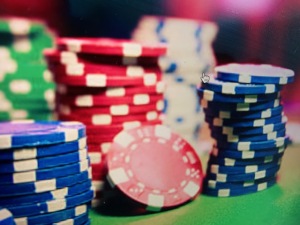 Services will be Private -

Ernest Henri Pelletier, a genuine and kind-hearted man passed away on February 21, 2022, after suffering a stroke.

Ernest was born in Salem, Massachusetts on August 27, 1935.  He attended Salem High School where he played football and graduated in 1953.  The annual Beverly-Salem Thanksgiving game was a tradition he enjoyed with his brothers, children and grandchildren for many years.  After high school he served in the US Navy as a boiler technician and traveled the world.  He returned home in 1958 to marry the love of his life, Rose née Dube.  Ernie and Rose raised their family in Beverly and took pride in the home and yard they were continually improving.  He loved to play cards with friends and family, especially the game of whist.  The lottery was a hobby of sorts and he enjoyed many trips to Foxwoods with his sister Kit.  He was employed by Leach & Heckle Leather and later by the US Postal Service until his retirement in 2000.

Known for his sense of humor and strong work ethic, Ernie was a friend to many.  He was preceded in death by his parents Alphonsine née Jalbert and Arthur Pelletier, his six siblings and son-in-law, David Thaler. Ernest “Nesso” is survived by his wife Rose of 64 years and by daughters Sharon Thaler (Bruce Sohns), Lisa DeMario (Neil) and Sandra Pelletier (Neal Hutchins).  He was a cherished “Pepere” to his six grandchildren, Sara Strait (Wes), Adam Lowe (Alyssa), Shawn Nerden, Jacob Thaler (Kristin), Samuel Thaler (Sara Rand) and Abraham Thaler.  Great-grandchildren Lydia Strait, Henry Strait, Luka Lowe, Ian Lowe and Baby Thaler due in May. Private service and interment Oakdale Cemetery, Middleton.

To share a memory or offer a condolence, please visit www.mackeyfuneralhome.com.  Memorials preferred to The American Stroke Foundation at americanstroke.org or the Middleton Food Pantry, 38 Maple Street, Middleton, MA 01949.